The star singer returns to London with her electrifying Ladino songs and smouldering flamenco, performing tracks from her latest release Sentir.

" The next world music superstar" THE GUARDIAN****

"Levy’s biggest asset is her voice, which is versatile, sensuous, and brimming with emotion" THE INDEPENDENT

In Yasmin Levy’s music there is a tension between the purity of Ladino (the Judeo-Spanish music) and the fiery heart of flamenco. As she explains ’There’s a very traditional way of singing Ladino. I learnt it…listening to women singing and it’s beautiful, but I missed the passion. Flamenco is nothing but passion.’ In her latest album Sentir, produced by the acclaimed Javier Limón (who has worked previously with the likes of Portuguese fado star Mariza), she has found a vision that integrates these musical directions. With Sentir, Yasmin’s music truly becomes ’of the world’.

Support comes from the extraordinary Melingo, according to The Independent he is "the man who’s making tango seriously cool" but it’s also his experiments in the rebetika of his Thessalonikan Jewish ancestors that make him am interesting foil for Yasmin Levy. 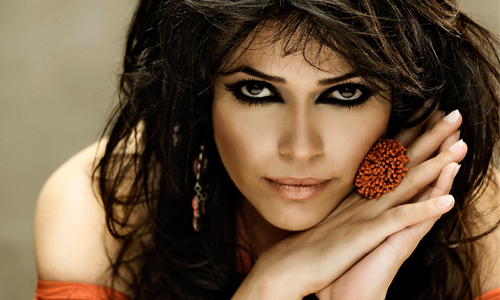