Legendary Mexican jazz artist Tino Contreras is set to perform a unique streamed show in the most beautiful space in Mexico City – Frida Kahlo’s home, the Casa Azul, which is also home to the flagship museum dedicated to the iconic artist’s life and work. The globally streamed event will be the first ever music stream from the Frida Kahlo Museum, and is a celebration of both Contreras’ dynamic contribution to jazz and his 97th birthday.

Born in Chihuahua in 1924 to a family of musicians, Tino Contreras is a master Mexican jazz drummer who for more than six decades has melded Latin influences with free jazz, psychedelia, avant-garde experimentation, and global sounds from Egypt, India, Turkey, and elsewhere.  Tino’s career started in the 1950s, and has seen him share stages with many of the greats – including Dave Brubeck, Cannonball Adderley and the Duke Ellington Orchestra. Now in his nineties, Contreras continues to play, record, and receive recognition for his contribution to Mexican jazz and beyond. His latest album La Noche de los Dioses was released on Gilles Peterson’s Brownswood record label in October 2020.

Tino was booked to headline at the twentieth edition of La Linea in London in April 2020. After two subsequent Covid 19 postponements of the London show, we have decided to celebrate him by hosting the event at Frida Kahlo’s house and share it with the world.

Tino Contreras at Frida Kahlo Museum will be streamed globally from the Casa Azul, Mexico City on Saturday 10th and Sunday 11th April 2021 and for 24 hours on demand. The stream will not be available on demand after this initial weekend.

Use live booking links above.

During Covid 19 the The Frida Kahlo Museum has lost all income from admissions, so there is an opportunity to make a donation to the museum when purchasing a ticket.

The event is produced by La Linea with the kind permission of Frida Kahlo Museum and support from The Anglo Mexican Foundation.

The Frida Kahlo Museum, also known as the Blue House, houses the artist’s personal belongings from the life that she shared there with Diego Rivera. There are original paintings by Kahlo, Rivera and their friends, a collection of Mexican folk art, handicrafts, pre-Columbian pieces and Mexican regional textiles, as well as photographs, documents, books and furniture. The beautiful garden is an essential part of the Blue House, and crossing it leads to the internationally acclaimed exhibition of Frida Kahlo’s dresses.

The Anglo Mexican Foundation is a Mexican non-profit organisation founded in 1943 with goal of strengthening ties between the United Kingdom and Mexico through continuous cultural exchange. Anglo Arts works in close collaboration with public and private institutions from both countries to present high quality cultural activities and to create opportunities for professional and emerging talents in the field of the performing and visual arts. 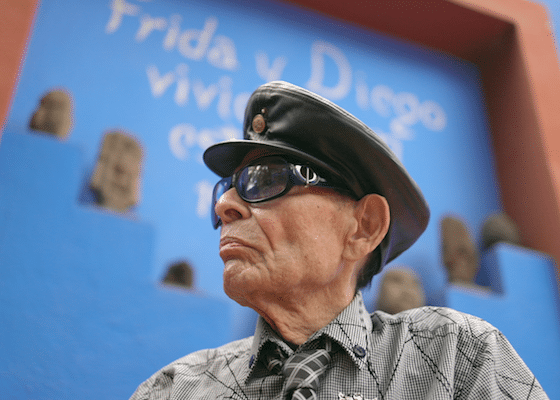 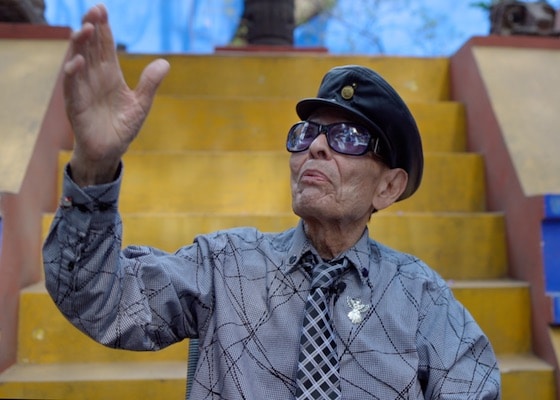 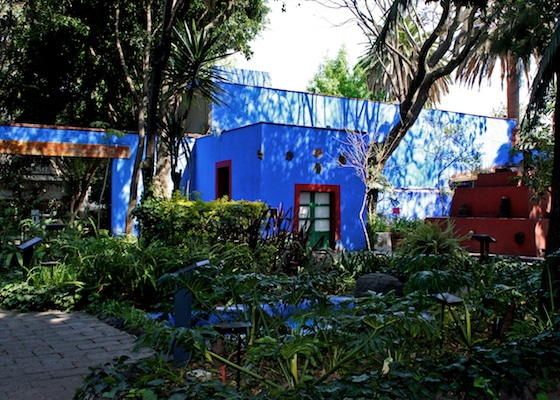 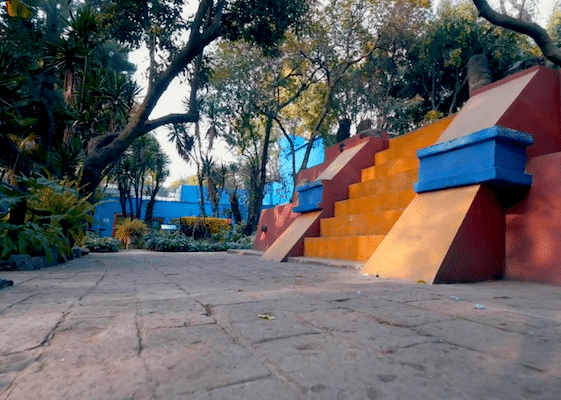 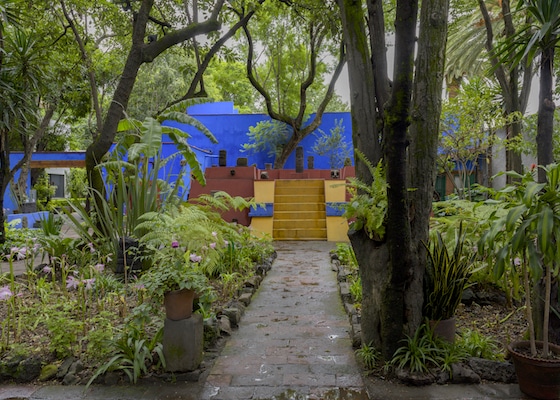