“The Pinker Tones are conquering the world. Music for the dance floor that lifts the soul” Rolling Stone “Take two parts James Bond, one part Madonna, half a cup of 60s and stir with a Latin spoon. Remarkable.” Mesh Magazine Following the release of their second album The Million Colour Revolution, Professor Manso and Mister Furia from Barcelona have enjoyed international success, quickly establishing a reputation as one of Spain’s most exciting musical exports. Their intoxicating mix of electro, pop, dance, indie and lounge music has excited and baffled critics in equal measure. The duo has also developed a live format, with the invaluable help of DJ Ni 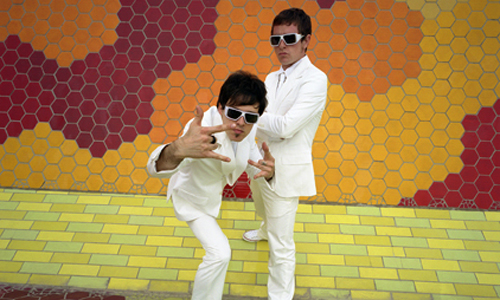