The legendary diva, songwriter and ‘Voice of Istanbul’ returns to the Royal Albert Hall with her new band.

Ranked amongst the world’s best alongside Billie Holliday, Caruso, and Placido Domingo in a recent 50 Great Voices series (United States National Public Radio), Sezen Aksu is a diva whose inimitable voice touches deep into human soul whether or not one understands the Turkish of her deeply poetic lyrics.

Featured as the centrepiece of Crossing the Bridge, the film about the rich music culture of Istanbul by award-winning director Fatih Akin, Sezen Aksu’s smokey voice has come to define the sound of that ancient and romantic city. Since starting her singing career over 30 years ago Sezen Aksu has penned over 500 songs, from fragile ballads to raunchy, hip-shaking bellydance music. Her songs speak of love, but do not shy from difficult social and political issues, earning her a place on Songlines Magazine’s list of World Music Rebels with Manu Chao, Gilberto Gil and Bob Marley. Drawing on Turkish folk and even Ottoman Classical traditions, her songs have a unique signature that blends oriental exoticism with contemporary pop. Her song Şımarık, known more famously as Tarkan’s Kiss Kiss song, became an international hit in many languages. Her collaboration with Goran Bregovic widened her international audience.

"Sezen Aksu is the voice of Turkish pop, an altogether superior brand compared with its Western counterparts." Michael Church, The Independent

"Sezen’s voice is in possession of a remarkable gift: a voice which rings true with each gorgeously stunning note" Goran Bregovic

"Turkish pop at its most sophisticated" Evening Standard 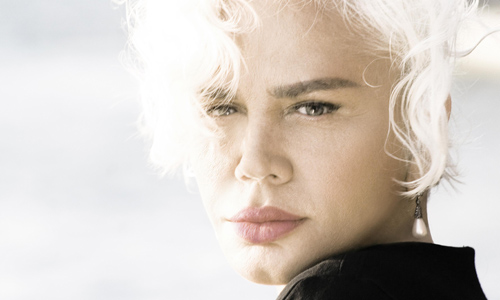