The crossroads where the avenues of acting and music intersect see heavy traffic, whether it’s actors heading for the recording studio (most recently Scarlett Johansson and Zooey Deschanel) or musician types believing they can cut it up on the silver screen. Very few go in either direction with the natural aplomb that Seu Jorge gives both disciplines. As an actor, he’s graced some top-grade fare, films like City Of God and Wes Anderson’s The Life Aquatic. As a musician, he’s made some seriously charismatic records. His latest, America Brasil, finds him abandoning the chilled troubadour of recent times and returning to the favela-shaking, effortlessly funky music that soundtracked his youth. And – having lived for several years on the streets of Rio before until the arts delivered salvation – you know full well that this is no mere actor struggling for musical credibility. Seu Jorge is the real deal. 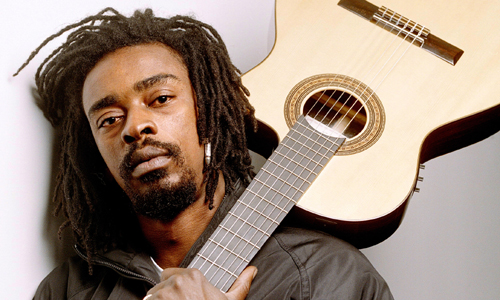