"His best album yet." The Guardian

“América Brasil charms, refreshes and enthrals. A delight.” The Independent

"The rightful contender to Jorge Ben’s crown.” Top Of The World. Songlines

Released on Discos Como No

Seu Jorge returns with “América Brasil”, his first album of original material since “Cru” in early 2005.

Seu Jorge (Mr. George) made his live UK debut as part of La Linea ’05 at the Royal Festival Hall where the line up consisted of acoustic guitar, cavaquinho, percussion and bass. On his triumphant return to the same venue, in May 2008, the line up had grown to include keyboards, violin, harmonica, kit drums with Jorge on occasional electric guitar and flute. This is the line up showcased on “América Brasil”. Jorge says “The instrumentation is a joke on US culture. Brazil grew up with European influences principally from Portugal but is more influenced now by US. Now we want to be winners like Americans.”

On the opener and title track, Jorge sings of “samba blues” while the novel use of violin and cuica creates a totally new genre: the Brazilian barbecue hoedown. The harmonica flourishes evoke shades of Mississippi blues, occasionally Stevie Wonder, and inevitably recall a more fundamental idea of America and its roots in slavery, and black America.

“The US is very interested in Brazil now as an area for American expansion and investment and Brazil is now ready for this. There will be more jobs, improved infrastructure if America stops making wars and starts investing.” While also, crucially he feels that the influence is increasingly reciprocal with the US appearing more open to Brazilian arts and culture.

On one hand “América Brasil” manifests his musings on the complex relationship between North and South America, while on the other Jorge says: “Cru was international, this is for the Brazilian audience who wanted some traditional samba, samba rock, ballads and gafiera to dance to and enjoy at weekend barbecues.”

If “América Brasil” was intended as the soundtrack to the average Brazilian barbecue they are obviously a lot more fun than their British equivalent. “América Brasil” is rich and varied with Jorge writing 9 of the 11 tunes, some with collaborators. “Mina Do Condomínio” features upfront cavaquinho and cuica with a funky rhythm section and infectious chorus (up there with his 2002 classic, “Carolina”), “Mariana” is a delicate bossa (presumably dedicated to his missus) while “Samba Rock” incorporates blues chord structures and harmonica.

By the time Jorge came to record “América Brasil” he was clear about its primary targets both in terms of audience and subject matter. Jorge feels that this is a great time for Brazil. The rest of the world is seeing Brazil’s potential; Brazil is seen as a safe investment and the rising price of oil puts Brazil in a strong position and was particularly encouraged by a speech made by Barack Obama on the economic potential of Central and South America.

In late 2005 Jorge released The Life Aquatic Sessions where his reinvention of the David Bowie songbook in sensuous samba form earned Jorge the praise of Bowie himself: “had Seu Jorge not recorded my songs acoustically in Portuguese I would never have heard this new level of beauty which he has imbued them with.”

Jorge arrived with a bang as Knockout Ned in 2002’s explosive, and multi-Academy Award nominated, City of God. Despite the film’s strapline: "Fight and you’ll never survive….. Run and you’ll never escape." that’s exactly what Jorge did – leaving behind the life he not only graphically depicted on screen but had survived in reality. Jorge still spends time in the favelas – in between featuring as Pelé dos Santos in Wes Anderson’s The Life Aquatic with Steve Zissou; starring in the soon to be released (20/6/08) The Escapist; appearing in films for the Latin American market; featuring in his own South Bank Show and undertaking the biggest and most successful tour of the UK ever by a Brazilian musician in 2006, alongside Radio 1 DJ and long-time Jorge supporter, Gilles Peterson.

Seu Jorge combined his singing and acting roles with the successful release of The Life Aquatic Sessions album where he expanded on his role as the Shakespearian troubadour punctuating the action with Bossa-style Bowie.

In the new Brit-flick, The Escapist, Jorge features alongside an all-star cast including Brian Cox, Joseph Fiennes and Liam Cunningham.  Tipped to be the hottest film of the summer, The Escapist has won high praise from the likes of Radio 1’s James King, who dubbed it “film making at its finest, The Escapist takes the prison-break movie to a new level.”

Famously dubbed ‘the coolest man on the planet’ by both Vogue Brazil and the Daily Telegraph.

Jorge’s “América Brasil” makes the next step on what has already been a long and eventful journey. 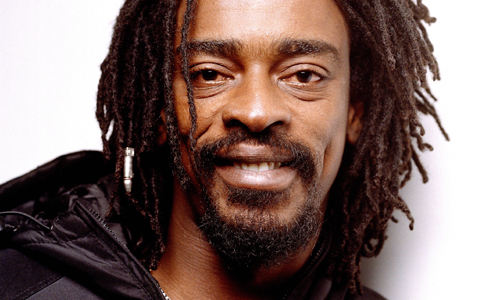