Seu Jorge and his band play intense urban sambas with Jorge’s voice, guitar and charismatic presence to the fore backed by a team of elite percussionists. Seu Jorge was the subject of a recent ITV South Bank Show which told his extraordinary story from street kid in Rio to starring role in the film City of God and his reinterpretation of David Bowie’s repertoire on screen and on record in the Life Aquatic with Steve Zissou. This live show follows his return to the silver screen in April starring in new Brit-flick The Escapist and precedes the UK release of his forthcoming album America Brasil. Tonight’s show begins with a special opening set from legendary Brazilian percussionist Airto Moreira. 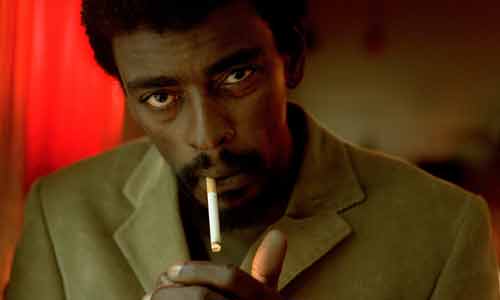