From Rio to the world, Seu Jorge represents the new sound of Brazil. Seu Jorge and his band play intense urban sambas with Jorge’s voice, guitar and charismatic presence to the fore backed by a team of percussionists. Seu Jorge was the subject of a recent ITV South Bank Show which followed his story from street kid in Rio to reel-stopping actor in City of God and his extraordinary reinterpretation of David Bowie’s repertoire in the Life Aquatic with Steve Zissou. Tonight’s show covers Jorge’s back catalogue (and some of Bowie’s) but also gives a London premiere to material from his forthcoming new album. Jorge is preceded by a DJ set from Gilles Peterson. Gilles has introduced new Brazilian music to a new audience through his radio programmes, live sets and two CD compilations of the sounds of Brazil for Ether Records. 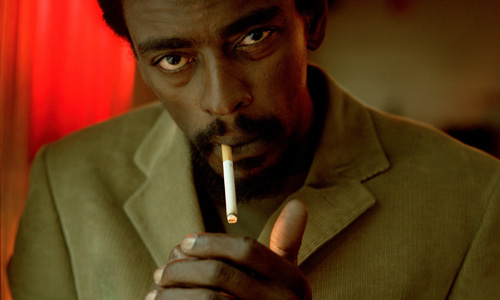