Salsa Celtica live in a musical country of their own devising where a Scottish reel can slide from a fiddle to a violin and pop out as a Cuban charanga. Descended from Venezuelan oil-folk marooned off Scotlands East Coast in the seventeenth century, raised on neeps, tatties and deep-fried empanadas (and old Egrem and Topic 78s) the Salsa Celtica tribe take no prisoners.

Salsa Celtica return to La Linea after five years, following a sold out show at the same venue in 2005. 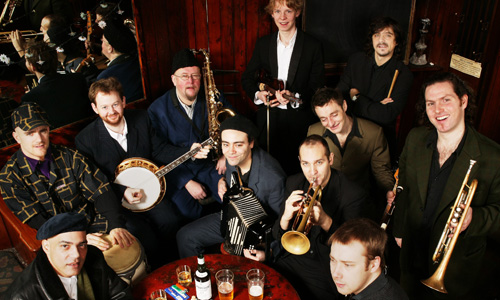