"Classy, charming, sexy, elegant, sophisticated, take your pick to describe the globe-trotting eclectic mix that is Pink Martini." The Sun

"Pink Martini are on a mission to bring back romance and beauty." Daily Telegraph

Storm Large made her debut with Pink Martini in April 2011 stepping in for China Forbes to lead four sold-out concerts with the National Symphony Orchestra at the Kennedy Center in Washington DC. She also appeared with the band at Sasquatch Music Festival, winning over a crowd of 15,000, and travelled with Pink Martini during the band’s first ever tour of Brazil in May.  “I have adored the fabulous Storm Large ever since she moved to Portland a decade ago, and I always hoped we could find a way to collaborate,” says Pink Martini bandleader Thomas Lauderdale.  “She is a brilliant, beautiful, charismatic and seductive star who would give Jayne Mansfield a run for her money.  While we are disappointed that China is unable to perform with us, I am delighted be able to introduce Storm Large to European audiences.” 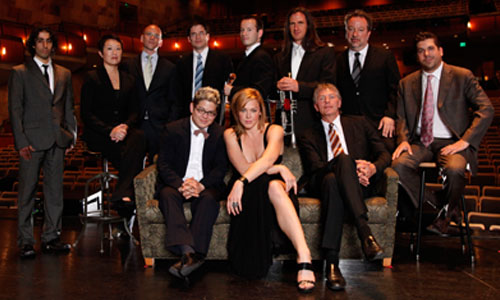