Roundhouse
Chalk Farm Road
London
NW1 8EH
0844 482 8008
roundhouse.org.uk
Doors 8.30pm
8.30-9.15 DJ Lubi
9.15-10 Julan Mr M
10-midnight Oscar D’Leon
00.00-00.45 DJ Lubi
00.45-01.30 Julian Mr M
Tickets £25 in advance. Door tickets will be available this evening for £28.
The first London show in five years for El Sonero Mayor, the truly great Venezuelan salsa singer and bandleader. Oscar D’Leon, "El Leon de la Salsa", was born in the Caracas’ neighbourhood of Etamin where he began to show interest in percussion instruments and to sing at social activities as a young child. His capacity to improvise, the texture of his voice and his intense love for the music, make Oscar D’Leon a born ‘sonero’ in the best Latin tradition. Oscar was influenced by the great masters of Cuban music, especially by ‘soneros’, Beny More and La Sonora Mantacera. His other influences come from the New York sound of the 60’s, particularly Eddie Palmieri and the Fania generation. Besides being a great sonero, Oscar D’Leon is an extraordinary showman, an entertainer who takes charge of the stage and who moves with the ease of a professional dancer. Oscar D’Leon has recorded more than 50 albums, gained many gold discs, and received numerous award and honors. In November 2007 his last album Fuzionando won the Latin Grammy Awards as best Contemporary Tropical album.
Oscar’s set will feature a special guest live appearance by Jhon Vasquez and Judy Aguilar the current World Salsa Dance Champions from Cali, Colombia.
All tickets for the show are £25 in advance and £28 on the door.
Oscar D’Leon will be onstage at 10pm.
DJ support playing for the dancers on the night are DJ Lubi – album compiler for New York’s legendary Fania Records and Julian Mr M, DJ of the famous La Bomba parties and Latin Krazy. 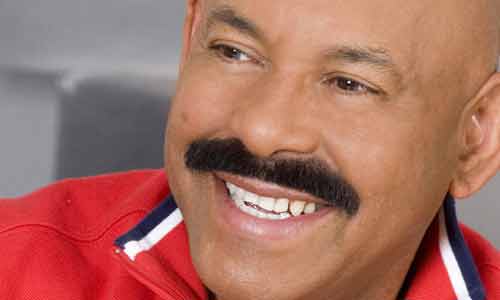