The Barcelona’s hip hop flamenkillo collective play their first show in the UK since 2007 and give the live premiere to tracks from their new album Aocaná as part of La Linea 09 the Liverpool Latin Music Festival.

Update 30 April: British Visas have now been issued for the Cuban members of Ojos de Brujo which means that this show will now feature the full Catalan/Cuban line-up of the band. 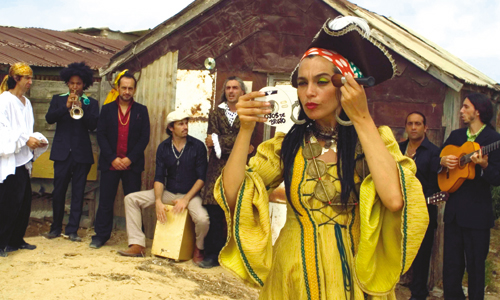