Globally celebrated singer Natacha Atlas has been building towards the subtle beauty of her brand new album ever since 2008’s internationally acclaimed acoustic, orchestral album Ana Hina. (Like the latter, her new album continues her relationship with the World Village record label and distributors Harmonia Mundi.) Recorded with guests including pianist Zoe Rahman, a 20-piece Turkish ensemble and a chamber orchestra integrating western and Arabic styles, Mounqaliba –- ‘being in a state of reversal’ in classical Arabic — is a stunning set of original new songs, evocative interludes, and a limpid, lucid reading of Nick Drake’s The Riverman.

”What I hope I have achieved” says Natacha ”is to match the lyricism of classical music with the inherent poetry of Arabic, I wanted to continue the exploration of grounds covered with Ana Hina. Through the juxtaposition of western classical string sections with traditional Arabic instruments, classical arabic poetry against abstract impressionism, traditional Arabic percussion with smoky jazz kits……. To create a melange of ideas and examined opposites. What I attempt  to convey is a sense of reversal…. Reversal of the state of society, reversal in our political and belief systems, reversal of spirituality in favour of materialism.” Spanning a broad range of styles and sounds, Nick Drake‘s Riverman nestles snugly alongside classical arabic standard Muwashah Ozkourini, the utopian epic sweep of Makaan (tempering wistfulness with a fragile sadness) and the post-modern glitchiness of Batkallim (the most electronic sounding song on the album, a scathing denunciation of the growing tide of hypocrisy that seems to have stricken the world’s media and politics). 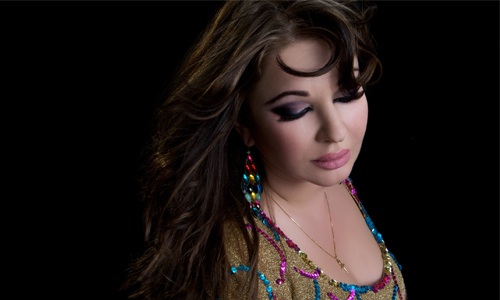