Tickets available on the door from 7pm – £20 unreserved seating.

This is Natacha exploring a traditional roots world, again fusing Oriental and Western music and looking to the past to uncover a rich history of musical collaboration.

Working with musical director and arranger Harvey Brough, the band features outstanding musicians from around the globe and from different musical backgrounds: Clara Sanabras (Barcelona) oud and voice; Ali Alim (London via Cairo) percussion; Andy Hamill (Scotland) bass and harmonica; the great Gamil Awad (a star in Egypt) on accordion, soloing in the Nubian style; with an Arabic soloist embellishing the tight harmonies of a western string section, this performance spans the centuries and crosses continents from the West to the East and back again. In the specially created arrangements, locked in the embrace of this exciting band, Atlas’s voice is heard as never before, a priceless jewel in a rich and eclectic setting.

Spell-binding covers of both Egyptian and Western artists (Fairuz and the Rahbani Brothers, Abdel Halim Hafez, Nina Simone) jostle with original material by Atlas and her musicians to create a unique musical experience encompassing Joy and Sorrow, Love and Loss, Hope and Despair: everything that unites us as human beings.

As befits her globe-trotting lifestyle and influences, Natacha Atlas continues to create a body of work that refuses to be neatly categorised. Over the past twelve years, she has entrancingly fused North African and Arabic music with western electronic beats to produce a unique dance music hybrid. This sound has constantly been fed by fresh musical passions and testing in new sonic settings. With Mish Maoul (Beggars Banquet/Mantra), released to critical acclaim in 2006, she came full circle back to her roots: for her latest album Ana Hina (World Village), Natacha uses that return as a springboard to explore a truly eclectic programme of songs in different languages and musical settings.

There are echoes here of her previous work with Jah Wobble, Transglobal Underground and Temple of Sound but the new acoustic direction is fresh and ground-breaking. La Vida Callada uses the words of a poem taken from the diary of the revered Mexican painter Frida Kahlo, in which the latter evokes her aesthetic ideals and vivid imagery. It becomes a dialogue between Natacha and Clara Sanabras (who sings and plays the ukelele on this song). Black Is The Colour makes Nina Simone’s version of the song a starting point, whilst being aware of the John Jacob Niles rendition and the arcane roots that preceded his interpretation. Hayati Inta Reprise (Hayatak Ana)transforms this North African Berber-flavoured number into ’The Doors meets Mingus meets Miss Atlas’. Ya Laure Hobouki, La Shou El Haki and La Teetab Alayi are sourced from the collaborations between the great Lebanese singer Fairuz and the Rahbani Brothers. The legacy of the Egyptian icon Abdel Halim Hafezprovides Beny Ou Benak Eih and El Asil. And there are new songs too:  El Nowm, He Hesitated and Ana Hina.

Natacha’s exquisite vocals are supported by a musical ensemble qualified for the task. Such instruments as the ney, cello, fender, riq, baroque guitar, accordion, darbucka, clarinet and a host of strings create a musical soundwash of landscapes that are sympathetic to each individual performance’s aims and requirements, whether these are the lush romanticism of the strings that grace Ya Laure Hobouki, the ramshackle big band swing of El Asil or the musical dialogue between accordion and ney on Lammebada.

As producer/arranger Harvey Brough comments: ”When I hear the psaltery (an 11th century instrument) chiming next to a chorale of Natacha, Aly and Louai or the string quartet embroidering an arabic song from c. 1492, I think we have created something really new from all these scattered influences”.

"Barcelonese singer-songwriter Clara Sanabras and her team of exceptional musicians in The Real Lowdown, proudly present the release of their second album Hopetown House.

Support comes from Clara and The Real Lowdown

Clara and The Real Lowdown 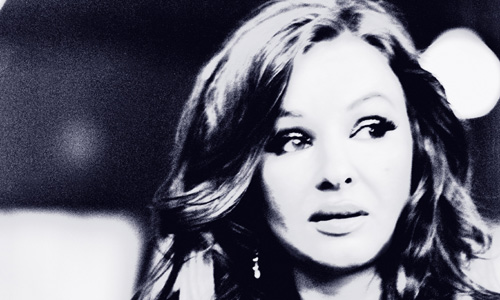