Tickets will be available on the door tonight from 7pm.

The punchy and inventive arrangements of this ten-piece big band seamlessly blend Afro-Cuban and Caribbean rhythms with old Japanese minyō to create a compellingly modern sound. Minyo Crusaders rework traditional Japanese folk songs (minyō) with Latin, African and Caribbean rhythms to create some of the most infectious music anywhere between Latin America and Japan. Tonight the band make their live UK debut.

The band’s sound could be described as having a retro Japanese feel influenced by a a hefty dose of worldwide music. Otemoyan, a well-known folk song from southern Kumamoto Prefecture about a young maiden marrying a man with a pockmarked face, is reshaped into a reggae track with dub sensibilities. Akita Nikata Bushi from northern Akita Prefecture takes its cue from Ethiopian funk, while Fukuoka Prefecture’s Tanko Bushi swings to the sound of boogaloo. All the while, however, minyō’s distinctive stylised form of singing is maintained, providing a sense of authenticity despite the melange of rhythms.

Minyo Crusaders’ approach follows the path of predecessors who have experimented with combining minyō with Latin, jazz and other forms of contemporary music. The late Hibari Misora, Japan’s premier diva of the twentieth century, began using Latin rhythms in minyō compositions in the 1950s, while Chiemi Eri recorded minyō in the ’50s and ’60s backed by Sharps and Flats, an ensemble led by prolific jazz musician Nobuo Hara.

“These bands introduced what was then the latest dance music to Japan, whether it was Latin or jazz or foxtrot,” Katsumi Tanaka says. “And they extended their arrangements to minyō as well. That’s where we’re coming from.”

‘Minyo Crusaders sound like nothing else lurking on your Spotify playlist.’ The Times

‘The best band I have heard in many years.’ Ry Cooder

Minyo Crusaders’ record label head honcho DJ Mais Um Disco spins an opening set  with tropical vibes from Japan and Latin America, alongside Paul Fisher (Far Side Music / Resonance FM), journalist and promoter of cool grooves from Japan and the Far East for 30 years.
There will also be a pre-show band Q & A hosted by The Japan Society and open to all ticket holders. 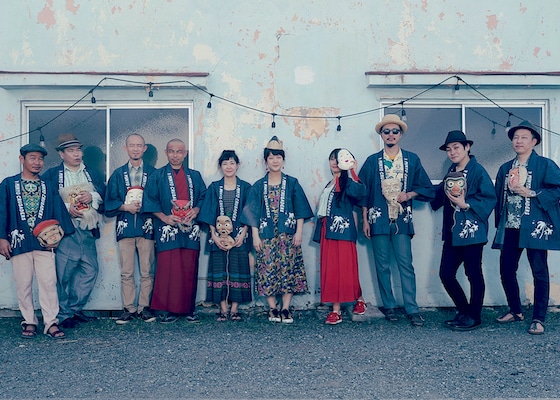 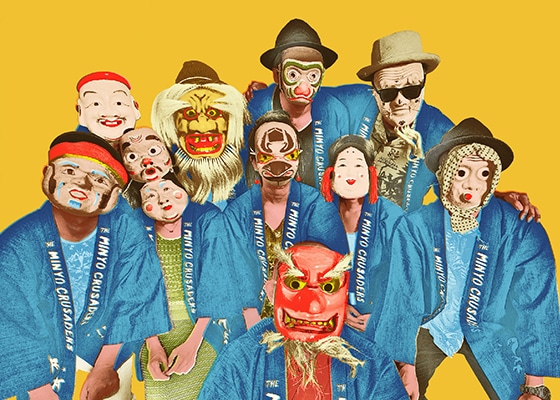 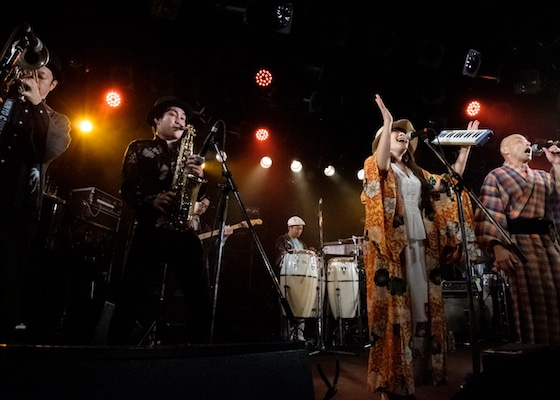 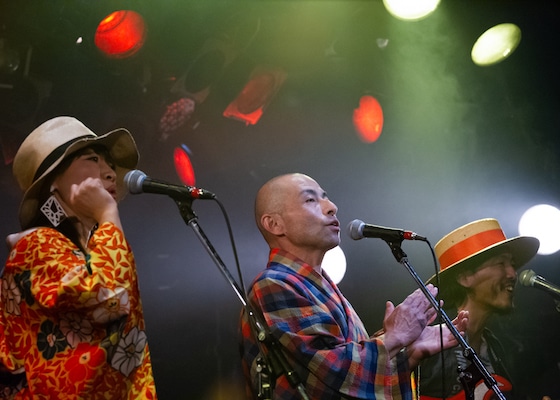