Rising stars of the UK and Colombian jazz and new music scenes have reunited for a unique streamed show in the collective Mestizo. Originally due to make their live debut at La Linea in April 2020, the performance has undergone a creative reinvention – ten new music commissions are being filmed simultaneously in London and Bogota before being put together in one unique stream.

In September 2019, with support from the British Council, Theon Cross, Nubya Garcia and Steam Down travelled to Colombia to perform at Bogotá’s Jazz al Parque. Whilst there they caught some studio time with members of the city’s inspirational independent scene and built long-lasting musical relationships. One year and a global pandemic later, this new collaboration continues to build on the connections of a year and a half ago.

Neither London nor Bogotá, Mestizo is a brand new international local sound that draws on the diaspora roots of the British and Colombian musicians; at one moment filtered through grime, at another via the haunting sound of the gaita. Like their UK counterparts, contemporary Colombian musicians have embraced different musical traditions to create new and refreshing music – for over 20 years, young Colombians have been creating musical fusions between cumbia and currulao mixed with jazz, hip-hop, salsa, and electronica, transforming afro-diasporic traditional Colombian music along the way.

The Mestizo project has two musical directors: Wayne Francis, aka Ahnansé of Steam Down in London and Daniel Michel of La BOA and Mambo Negro Studios and La BOA in Bogotá.

Each director is leading five commissions of new music for the project in their own country. In London Ahnansé, Theon Cross and Nathaniel Cross are each writing a piece influenced by their time in Colombia in 2019 and the musicians they met there. They and seven other UK musicians from the Steam Down community are creating two other pieces together. In Colombia, the commissions are collective creations from the eight musicians led by Daniel Michel. Remote collaboration has been a key part of the creative process, with individual commissions passed from London to Bogotá and back again to ensure creative input from each side. The stream will not only show the coming together of these performances but give an insight into this creative process.

Mestizo is a British Council programme to foster music collaborations between artists, producers and festivals from the United Kingdom and Colombia. The Mestizo stream is produced by La Linea as part of its digital programme and is supported by the British Council, the PRS Foundation’s The Open Fund for Organisations, and Arts Council England and the government’s Culture Recovery Fund 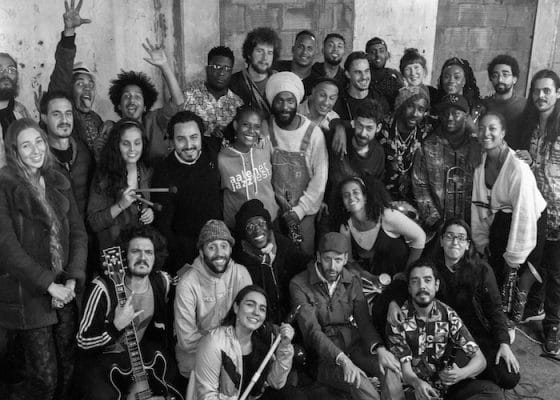 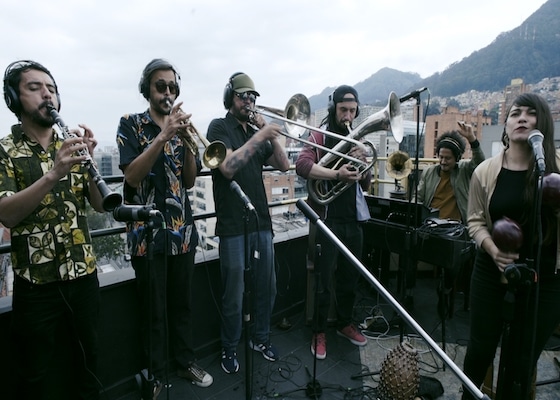