“An impossibly gruff voice and a mesmerising stage presence.’The Times

He started as a rock musician, and then wrote film music for Pedro Almodovar. Now, rasping like an Argentine Tom Waits, Daniel Melingo’s reinventing Tango for the 21st century.Renowned across South America and lauded in France, the 51-year-old maverick artist took London by storm with a barnstorming show at the RFH earlier this year as part of La Linea and is set to further captivate UK audiences with two shows in October.

Daniel Melingo brings something of the rough and tumble of his rock background to his barrelhouse take on tango. Edgy, rough and smokey, Melingo’s world is a world of whiskey, loose women and criminal slang. Dark, dangerous and exciting it’s a world that etched in his gruff voice and cut throat looks and gives his music a raucous edge that reclaims tango as music for the lost people. And it’s this vagabond edge combined with his extraordinary theatrical presence, somewhere between Paolo Conte, Tom Waits and Ian Dury and which finds him adopting the persona of a street poet or tango comic, that make his live show so electrifying.

"Imagine a proud hybrid of Paolo Conte and Ian Dury, with the facial mannerisms of a silent-film heavy."

Melingo – Maldito Tango is out now on Manana Records 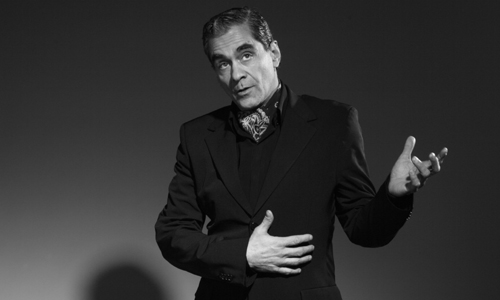