Now more than ever. We need superheroes…

In its triumphant debut at the Roundhouse this summer Lucha Libre fought for the heart and soul of London – and won hands down. Now we’re back for the rematch – four days of spectacular high-flying, jaw-dropping, ring-grappling, mask-wearing Mexican entertainment that is guaranteed to rock your world this December.

It’s an early festive Luchadrome, featuring the legendary gladiator El Hijo del Santo, whose tecnico side includes the mighty but minimal Mascarita Sagrada as they face the evil side of the rudos, whose leader Blue Demon Jr is joined by the lonesome and nasty Hijo del Solitario and Mascarita Dorada the mini-troll from Jack Black’s Nacho Libre.

Is it wrestling? Is it theatre? Is it the best early Christmas present ever? 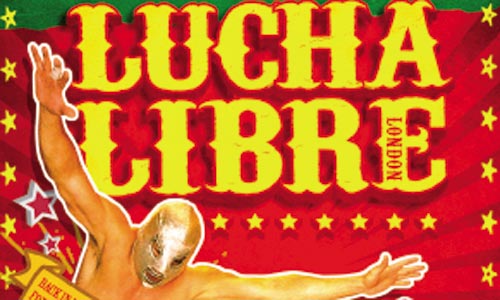