Formed in London in 2013 this unique band was born out of a desire to shatter stereotypes within the traditionally male-dominated mariachi genre.

A seven-piece band originally from Mexico, Cuba, Colombia, Italy and the UK, they are the only female mariachi band in Europe. This is the group’s first London headline show, having serenaded Salma Hayek at her birthday celebration in the Capital. They also opened for Arcade Fire at Earls Court.

In 2018, they played at the Women’s Mariachi Festival in Los Angeles where they shared the stage with twice Grammy award-winning Mariachi Divas, received a standing ovation, and were interviewed and played live on both Univision and Telemundo. In 2020 they participated in Mexico’s largest Mariachi festival, the Festival Internacional del Mariachi y la Charreria.

Each member of Las Adelitas is a fantastic instrumentalist, and the group includes three lead vocalists, all with the power and clarity expected from any serious mariachi band. The group play mariachi classics, original compositions, and beautiful arrangements of well-known songs (including Amy Winehouse’s Back to Black) arranged in an authentic mariachi style.

The Adelitas were Mexican women who took up arms in the Mexican revolution to fight against the many injustices of the time. The name was taken from one such woman, for whom a famous revolutionary corrido was written, but who has now come to symbolise all of those fearless warrior women.

In support, Somos Chibchas is dedicated to showcasing and sharing Colombian culture and folklore and the influences of the art and heritage of the African diaspora.  DJ Paola Feregrino plays classic cumbias & Mexican sonidero. 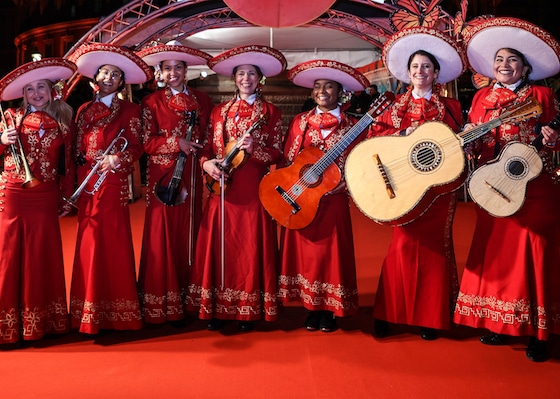 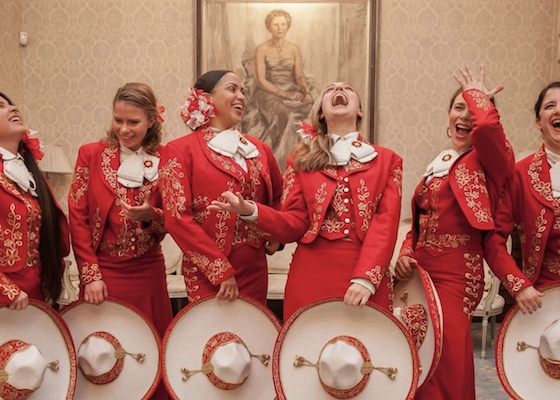 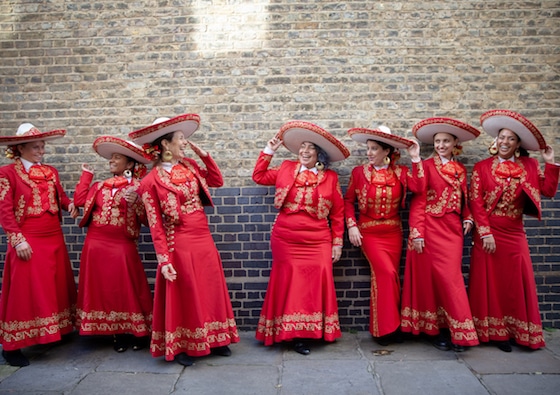 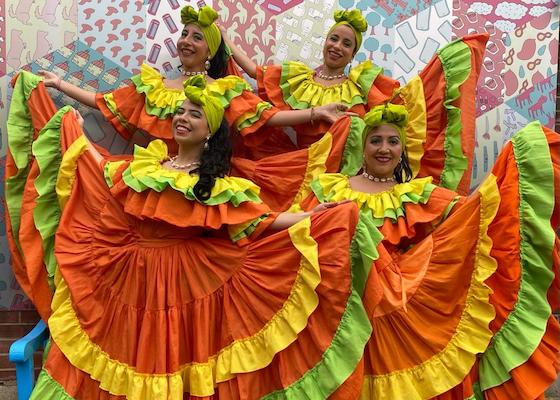 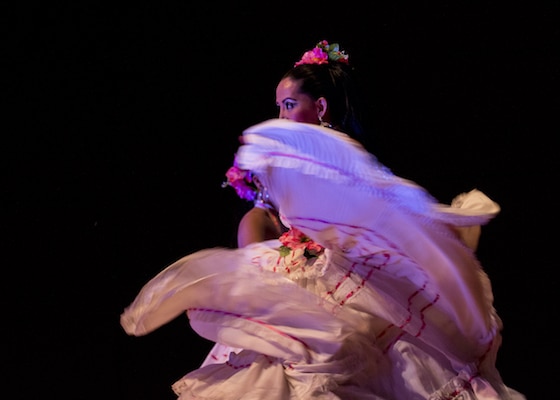 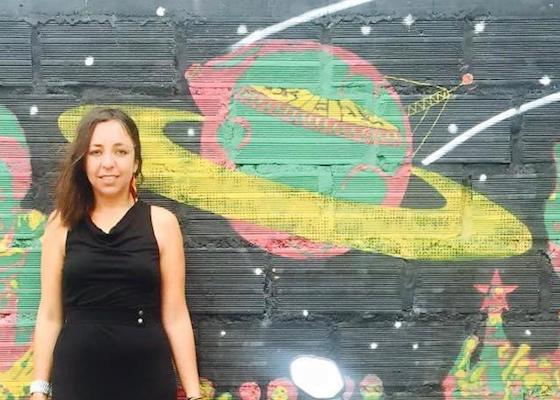