In 1971, New York exploded to sound of salsa, the new urban latin dance music with Cuban roots, Puerto Rican soul and a touch of Big Apple funk! Fania Records was at the heart of this revolution and documented the soundtrack to Latin New York in more than 1500 albums between 1964 and 1989. Tonight one of that scene’s great innovators, pianist/bandleader Larry Harlow, has put together a team of galacticos to revisit planet salsa from the time when men walked on the moon. A young jazz pianist at the time, Harlow was the first artist to sign to the fledgling label in 1965, and his early releases were a mix of Cuban son and mambo with the cool boogaloo of the period. As the 60s progressed into the 70s, he became one of salsa’s leading musicians, composing, arranging and producing many albums for the label as well as playing piano in the legendary Fania Allstars. This concert features several Fania Allstars legends – sonero Adalberto Santiago, timbalero Nicky Marrero and cuatro (Puerto Rican guitar) player Yomo Toro, trombonist Lewis Kahn and some of New York’s current hot-shot musicians including percussionists Louis Bauzo and Bobby Sanabria. Look out especially for one of the new young vocal sensations in New York today, Luisito Rosario! If you like salsa played the correct way – hot, hard and heavy for the dancefloor but with a jazzy flavour, then this concert is a MUST for you. Brought to you by the same people who promoted the sell-out WILLIE COLON concert at the same venue in the summer. In support, Radio One’s Gilles Peterson, who has been dropping latin gems in the clubs and on radio since the early 80s. Digging deep into his collection and featuring many tracks from his recent Fania DJ Series compilation, expect a few surprises from the station’s most progressive presenter! featuring Larry Harlow & Yomo Toro Adalberto Santiago Nicky Marrero Ray Martinez Louis Bauzo Bobby Sanabria Chembo Corniel Mac Gollehon Richie Viruet Lewis Kahn Joe Fiedler Frank Fontaine Luisito Rosario Emo Luciano Also tickets from Ticketweb, See Tickets, Ticketmaster For personal callers at face value for cash: BM Soho Music, 25 D’Arblay Street W1 Mon-Sat 11-7pm Sabor Latino / Unit 23, Elephant & Castle Shopping Centre SE1 Mon-Sat 3-8pm Las Americas 24a Popes Road SW9 Mon-Sat 9am-7pm Sun 9am-5pm 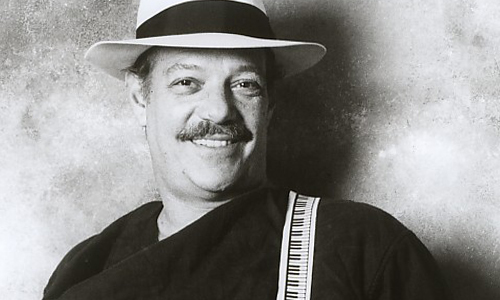