“The finest guitarist of his generation.” The Guardian

With his trademark cowboy hat, Eliades Ochoa is one of the most instantly recogniseable figures from the Buena Vista Social Club album and film. Eliades  and his fine band are the custodians of  Chan Chan and the rest of the Cuban guitar-led and conga driven son repertoire including songs like El Cuarto de Tula and El Carretero.

Hailing from the countryside near Santiago in the east of Cuba, Eliades Ochoa’s roots are in guajira (Cuban country music) and his hat and penchant for wearing black have led some to dub him ‘Cuba’s Johnny Cash’. 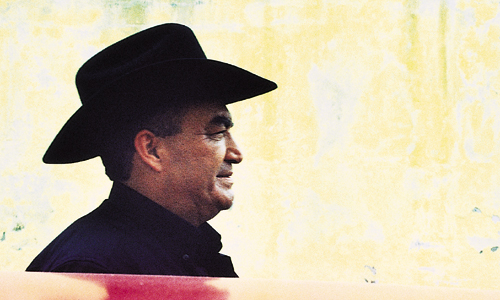