Praise from the press:

‘El Guincho’s music is all about sharp and sudden peaks and valleys– the idea isn’t to tune in and drop out, but to revel in being surrounded by something larger than yourself, swept along on the rapids of rhythm.’ – Pitchfork

presented in association with Eat Your Own Ears

Ask a musician when they first fell in love with sound, and they’ll often blame it on their dad’s collection of records. Ask El Guincho, aka Pablo Días-Reixa, and he’ll blame it on his dad’s collection of volcanos, mountains, fish and seawater off the coast of Africa. This was no wealthy indulgence – dad was an environmental inspector for the government of the Canary Islands, where they lived, and divorce meant that Pablo could only see his father if he got in the boat and went on these work trips with him. Fast forward to age 24 and Pablo is living in Barcelona, out beachcombing again – but this time with his microphone, recording the sounds of his fist hitting the sand and the waves rocking the sea. All those things his dad used to document for quite different reasons.

Of course, his dad didn’t have an MPC sampler to feed them all into, nor an abiding love of French hip hop and tropicalia to mix them up with. In fact, the real music lover in the family was grandma, who sang in a polyphonic choir and got her grandson into Spanish folk opera, although he was too busy with watersports and impressing girls to really think about it until he was older, and by then he was more interested in literature. At age 18, Pablo’s collection of short stories, inspired by Latin American magic realism, won a government prize for writers under 30. With the prize money, a publishing contract and a new confidence that he could make art work, Pablo’s moved to Barcelona and set about writing what would be his masterpiece – a novel. Except it wasn’t a masterpiece, it was an absolute disaster, as he confesses, laughing. "I didn’t know how to write a long story so it was hundreds of pages of total mess, all creepy and bad," he says. "They didn’t like it, so I stopped writing and started making music."

Falling in with an experimental collective of film students who got him into Moondog and Sun-Ra, he started making beats on his computer too, and singing, and ended up touring with a band called Coconot and earning money composing music for documentaries. This was the toughest training – one week a director would want cabaret music, the next week it was disco, the next, something Brazilian, "so I really learned how to recreate every kind of music. I had to teach myself everything." The next plan was to head to New York to study island music – the pre-Hispanic folk standards of his homelands off the coast of Africa; the traditional sounds of the Caribbean – but he found himself using those old folk sounds to become El Guincho and record an album instead.

He’s happy to have been compared to Animal Collective, though he started this before he’d heard of them. And then there are his intense, beguiling live shows, where the music builds like a blurry pile of sunshine, always growing, slowly pouring into every corner of the room, finding a pulse and grooving on it. El Guincho balances his gadgetry on a complicated set-up involving pieces of wood and his elbows, and somehow manages to sing as well. Customs officers round the world have been baffled by the man who travels with computers and broken bits of planks. When you hear the record, you might be baffled too. But then you’ll want to play it again and again. 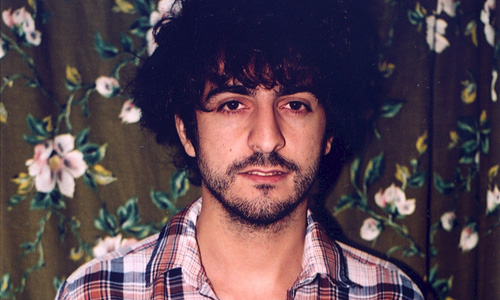