Date has been arranged to 12 August because of rescheduling of Calle 13 European tour dates.

All original tickets dated 8 August are valid for this show as are new tickets issued with 12 August date.

UK debut for Puerto Rico’s mighty Calle 13,  unarguably the most exciting and innovative group to come out of Latin music in the last 10 years.

Led by Residente & Visitante, Calle 13 bring their riotous big band performance to the Forum in Kentish Town in August.

Calle 13 have set the bar high for new Latin music from their early break through with Atrevete to their latest collaboration with Ruben Blades on La Perla.

“A fearlessly experimental style of urban music unlike anything else out there.” All Music Guide

“The rapping is in Spanish; the music is from Puerto Rico, Macedonia and Nigeria; the sensibility is from Mars. Grammy-winning duo Calle 13 have no analogue in U.S. hip-hop: They’re pop-savvy hitmakers with globe-trotting tastes and a riotous sense of humor.” Rolling Stone

No under 14s admitted. Under 16s only admitted if accompanied by an adult. 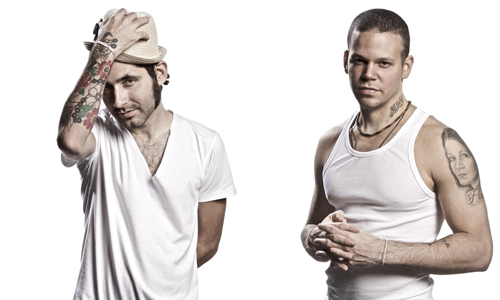