The Lowry is delighted to welcome Ballet Nacional de Cuba, one of the world’s most prestigious dance companies, to its stage for the first time. They will be joined by Carlos Acosta for a special appearance in the performance on Thu 15 April at 7.30pm.

Renowned for its unparalleled technique and impeccable style, taking classic Western ballets and invigorating them with passion and Latin-American drama, the company has created more than 600 works and performed in more than 60 countries worldwide. Founded by ballet legend Alicia Alonso, the company has spawned and exported some of the world’s greatest male dancers, including the wonderful Carlos Acosta, Principal Guest Artist at The Royal Ballet.

For this visit, the company bring two programmes, Magia de la Danza and Swan Lake, both accompanied by a live orchestra.

Magia de la Danza (Wed 14 – 7.30pm & Thu 15 April – 2.30pm & 7.30pm) is a spectacular showcase which brings together extracts from Alonso’s versions of seven of the company’s most famous classical ballets including the Nutcracker, Coppelia and Swan Lake. Carlos Acosta will be performing Grand Pas de Deux from Act III of Don Quixote.

Swan Lake (Fri 16 – 7.30pm & Sat 17 April – 2.30pm & 7.30pm) is arguably the most famous of ballets in the traditional repertoire. Set to Tchaikovsky’s immortal music and choreographed by Alicia Alonso, based on the original choreography by Marius Petipa and Lev Ivanov, this version is a simple story of remarkable transformations, magic spells and terrible curses; a story in which the power of love ultimately triumphs over evil.

‘The audience’s ovations were fully deserved.’ The Daily Telegraph 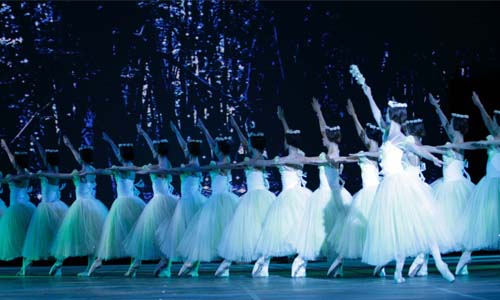