Following the worldwide success of Birdman, which won four Academy Awards (including Best Picture and Best Director), Antonio Sánchez performs his Golden Globe and BAFTA nominated original score live with the film. His original soundtrack was improvised almost in its entirety, and, throughout this performance, Sánchez extemporises with the projection.

A four-time Grammy Award winner, Antonio Sánchez is considered by many critics and musicians to be one of the finest drummers, bandleaders and composers of his generation. He has performed with Chick Corea, Pat Metheny, Herbie Hancock, Gary Burton and Charlie Haden. He comes from a cinematic family — his grandfather is the veteran Mexican actor Ignacio López Tarso, while his mother worked for years as a film critic — but Birdman was his first film score.

Director Iñárritu said “The drums, for me, was a great way to find the rhythm of the film… In comedy, rhythm is king, and I knew I needed something to help me find the internal rhythm of the film.” His request to Sánchez was for an improvised, spur of the moment, organic approach to his film score.

Birdman satirises the vanities of Hollywood actors. Neurotic Tinseltown veteran Riggan Thomson – played by Michael Keaton – is a deluded bundle of anxieties, bitter about his decline and other actors’ greater success in superhero suits. Filmed in and around New York’s St James theatre, the film is a tour de force of swooping long shots and fantastical flourishes in which Thomson is shown attempting to relaunch his career with an earnest stage adaptation of a Raymond Carver story. The film co-stars Edward Norton, Emma Stone, Naomi Watts, Andrea Riseborough and Lindsay Duncan.

“This is such an original approach, and you can’t imagine the film any other way once you have seen it this way.” Michael Keaton

“In his live scoring of Birdman, Sanchez injects a vitality that maps out the emotions of the film’s characters with precision…  his drumming so perfectly punctuating the film – propelling it forward here, adding tension there.” The Guardian

“With its bold, frenetic drum score, few films … have been blessed with soundtrack work quite as unique and cliché free as Birdman.” Clash Music

This performance will begin promptly at the advertised start time 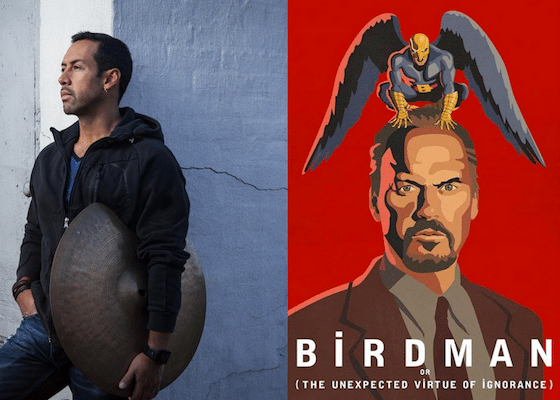 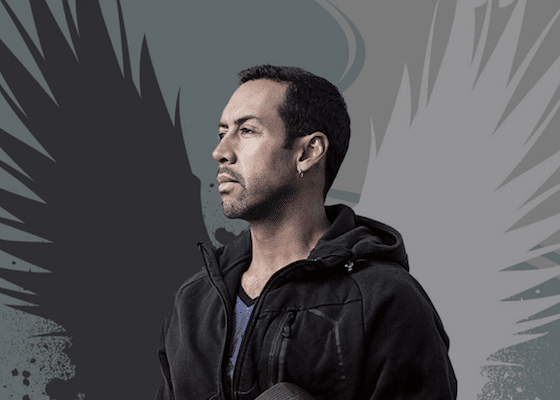 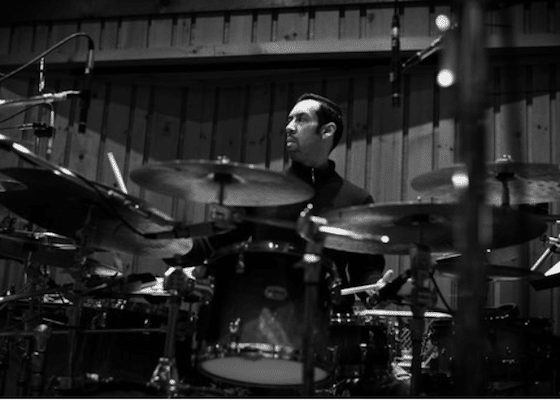