The show is sold out and no tickets will be available on the door.

Following her last sold-out appearance at La Linea in 2015, Ana Tijoux returns to London. Considered one of the most respected rappers in any language, she has established a standard not only for female rappers or for rap in Spanish, but for rap itself at a global level. In her new project Roja y Negro: canciones de amor y desamor, Ana has made a change in sound and style, exploring a more intimate side dedicated to love and heartbreak.

Following her hit 2014 album Vengo, Tijoux has dusted off old boleros, tangos and waltzes to explore new ideas, to have fun, and to create an intimate and nostalgic musical encounter with her audience. Together with her long-time collaborators Raimundo Santander and Ramiro Duran, she has taken the Latin classics of their youth – from Chilean legends like Violeta Parra and Victor Jara to Chico Buarque and Simon Diaz – to create Roja y Negro.

This change from her hip-hop sound has resonated with her fans in Chile, where she has been performing this repertoire to great acclaim for the last year. While her more commonly known persona is as a luchadora from South America, Tijoux is also a mother and a lover, and this new project expresses the other facets of her life.

Born in France during the exile of her parents from the military dictatorship in Chile, Tijoux began her career in the late 90s with the ground-breaking rap trio Makiza. She is a Grammy-winning soloist, best known for her smooth voice and her political lyrics, an icon for feminists, students, and leftists around the world. It is just as common to see her doing interviews on Al-Jazeera or Democracy Now! as it is to see her grace the stages of Lollapalooza or Roskilde. With the intention of re-connecting with her roots and fighting for a whole continent, she has become the voice of a generation, not only in Chile but for Latinos worldwide.

Support is London-based trumpeter Yelfris Valdés, who fuses modern soundscapes & Afro-Cuban traditions. In his new EP The World of Eshu Dina,Yelfris explores the sonorities of electronic and traditional music. He has played and toured with a range of artists, from Kano MC to Yussef Kamal and Dayme Arocena.

‘Yelfris Valdés is one of the brightest stars on London’s already vibrant Cuban and Latin scene.’ Jazzwise 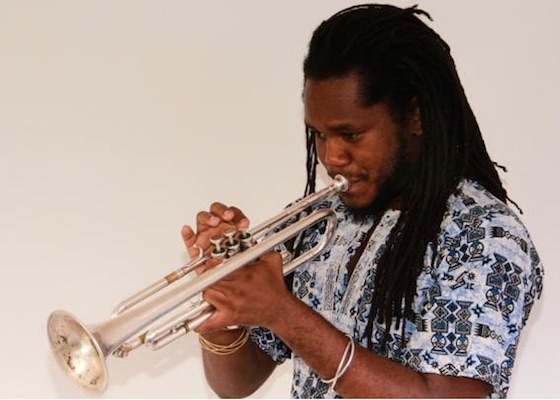