"Ana Moura… has a wonderful, expressive voice and real star quality. You will be hearing a lot more about her." Peter Culshaw, The Arts Desk

With her soulful and riveting interpretation of her land’s captivating fado style, Portuguese singer Ana Moura has become a leading exponent of this poetic, deeply expressive idiom which personifies the Portuguese psyche as it explores such universal themes as lost love, separation, and longing.  In Portugal she is revered as THE fado voice of her generation. Tonight she makes her UK debut in Islington’s enchanting Union Chapel. As Ana explains, “It’s very special because it’s all about emotions and feelings. It needs no translation.”

As a girl, Moura was steeped in fado and its traditions, brought up in a family where the music was valued and loved, sung at home and at family gatherings. Moura’s career in her national music began at age 20 when she wandered into one of the many fado houses in her region with a group of friends. She became a regular in the local fado culture. At a Christmas party that same year, Moura was discovered by the famous Maria de Fe, who invited Moura to come and sing with her at her house. Her love for the music grew with her reputation, and she began appearing on local television and throughout the regional press.

Moura made her recording industry debut with the 2004 Universal Music release “Aconteceu”. Performances on important world stages, including New York’s Carnegie Hall,  soon followed. A release each year since that time combined with regular touring on the international world music circuit have positioned Ana Moura as the fadista face of her generation.

In June 2007, Mick Jagger invited Ana to come on stage at Alvalade XXI Stadium, in front of 30 thousand people to sing “No expectations” with him. This invitation happened after a Rolling Stones visit to the nightclub where Ana Moura usually performs. In 2009, Ana met with another music legend, Prince. "He came from the US just to watch the show. He heard my records and wants to collaborate on something that he didn’t reveal. I’ve just met him before the show," disclosed Ana.

Ana Moura’s performance at Union Chapel coincides with the release of her new album on the World Village label. 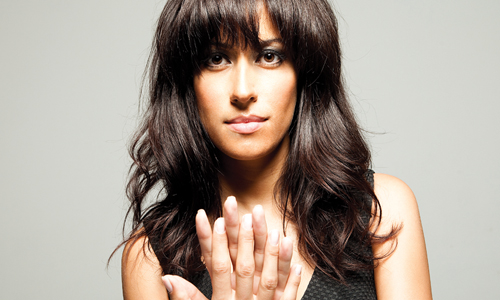