Ana Moura is the acclaimed new voice of Fado in her native Portugal. Her repertoire and subtle traditional arrangements of songs of lost love, separation and longing are now reaching out to a far wider audience and have led to live collaborations with Prince and The Rolling Stones.

This summer she was hailed as the highlight of Womad by The Times, “Sublime”; The Independent, “Magical”; The Observer, “Fado’s next big star” and The Guardian “An intensity and quiet emotion that should make her a major global star."

“The first thing that hits you is her voice: textured, powerful, possessed of extraordinary clarity.” **** Songlines

Support is from Brazil’s Lucas Santtana, equal parts Tom Zé and Thom Yorke, he is one of the most interesting songwriter-producers from the ‘new generation’ of South American musicians. His performance with his group celebrates the release of his album Sem Nostalgia by UK label Mais Um Disco. 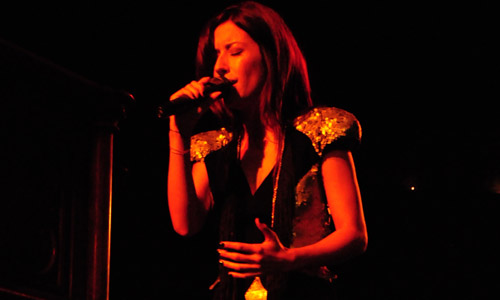