A rare UK show for Alejandro Escovedo and his Austin band to launch his new album Street Songs of Love.

“Alejandro Escovedo is more cult figure than household name, but over the last few years he’s started getting some of the kudos he deserves – and just in time, given that he almost died in 2003 of Hepatitis C. Friends and musicians, including Steve Earle and John Cale, released a tribute album to help pay his medical bills. He’s a musician who cuts his cloth close to the bone, even in his fifties looking the archetypal black-suited, first-generation American punk – which indeed he is, or was. His first band, The Nuns, opened at the Sex Pistol’s last-ever gig in San Francisco; his next, Rank and File, pioneered alt-country… With nights like this, Escovedo is never going to be short of good friends.”

To open the night, a set of Scratchy Sounds: The Rock and The Roll of The World. The tour DJ for The Clash, Scratchy has not only filled the same role for The Mescaleros, The Pogues, The Dead Brothers, Gogol Bordello and The Urban Voodoo Machine, but played alongside Alejandro as the bassist in the first line-up of Rank & File. He is the resident of London’s Gypsy Hotel, plays the clubs and festivals of the globe and can be heard every Wednesday on wirelessfm.net 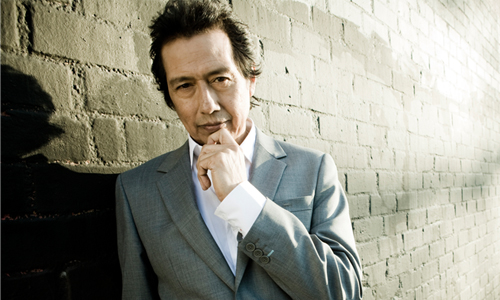