Three of the most talked about and listened to African performers come together on one terrific African Soul Rebels bill. Malian maestros Amadou & Mariam produced a slice of Afro-pop heaven with their Manu Chao produced album Dimanche A Bamako in 2005. Souad Massi from Algeria is one of the greatest voices of contemporary Africa, combining traditional styles and instruments with an electric attitude in her songs of courage, conflict and resistance. A former child-soldier in Sudan and a rising star of African Hip-hop, Emmanuel Jal’s intricate melodies complete the bill on this uniquely soul-warming night. 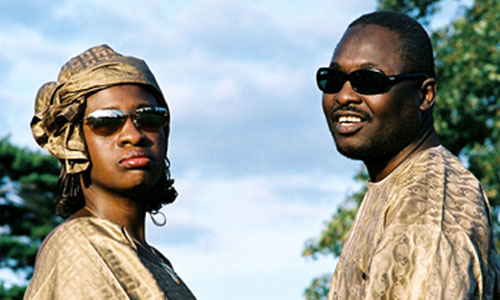