We have been unable to find a new date for this show so regrettably Melingo’s performance in La Linea has been cancelled. Refunds are available from point of purchase. We hope to be able to present Melingo again in London in the not to distant future.

Melingo is a Buenos Aires based musician and tango artist, his songs both deceptively tender and desperately catchy, with a brilliantly wayward cast of musicians to illuminate his vignettes. Tonight Melingo performs from his new album Tango Rebetiko (released March 2020) which completes the musical circle of his family’s ida y vuelta from Greece to Argentina.

Melingo’s mother’s side of the family were tango people, but on his father’s side his grandmother sang opera. Melingo’s incessant touring brought him into contact with other ancestral musical roots when a Viennese woman, Daniela Melingo, sought him out at a concert in Austria. She turned out to be his second cousin, descended from a brother of Melingo’s Ravel-loving grandfather, and told him that their family came from the Greek island of Zakynthos, the birthplace of rebetiko, Greece’s anarchic musical movement.

With the precision of Borges and the bluntness of Bukowski, Melingo crafts atmospheric musical statements that transport listeners to a gotan world of lunfardo backslang, drug addicts, drifters, deadbeats and alcoholics. It’s no surprise Melingo’s tango bizarro sound has been compared to that of Tom Waits and Nick Cave.

Support is Andria Antoniou & Roman Gomez who have recently released their debut album Encuentro – a blend of tango and Latin American folklore with jazz. Inspired by themes of displacement and nostalgia set against the experience of love and the power of women to resist and seek freedom.

16+. Under 18s must be accompanied by an adult. Rich Mix is a fully accessible venue. For access bookings, please call the Box Office to book on 020 7613 7498 or email boxoffice@richmix.org.uk. 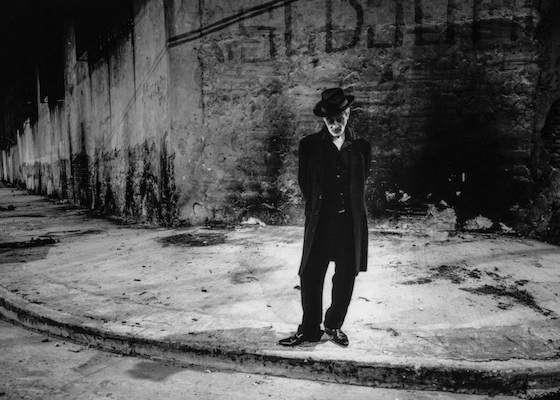